Last week more than a hundred of copyright reform activists got together in Brussels for the the European Copyright Action Days to make it clear to EU lawmakers that the copyright reform effort that is currently being discussed in the European Parliament and the European Council is not good enough. In a series of events organized by Copyright 4 Creativity, Create.Refresh, Communia and others, activists and other stakeholders discussed the shortcomings of the current reform proposal as well as ideas for a more future-proof overhaul of the outdated EU copyright system.

As part of the Copyright Action Days we organized a a roundtable on the future of education in the European Parliament, our first ever COMMUNIA Salon on the future of copyright in the Museum of Natural Sciences and two workshops for copyright reform activists.

Roundtable on the future of education

The roundtable on the the future of education hosted by Dutch MEP Marietje Schaake was a full room event at the European Parliament, with over 40 policymakers and stakeholders attending. We discussed the intersection of educational policy, technology, copyright reform and open licensing policies. Irish school teacher Leanne Lynch talked about the use of technology, social media platforms and digital copyrighted materials in the classroom. Mitja Jermol – UNESCO Chair on Open Technologies for Open Educational Resources and Open Education – talked about how new technologies can support educational goals. Andreia Inamorato dos Santos from EC’s Institute for Prospective Technology Studies  presented results of their latest report on open education policies in Europe. Finally, Damjan Harisch from the Slovenian Ministry of Education and Maja Bogataj Jančič, Director of the Slovenian Intellectual Property Institute, presented the position of Slovenian Ministry of Education on the copyright reform  During the event, Teresa Nobre also presented our latest research on licences for educational uses. We are happy that we had the opportunity to exchange views on the matter with representatives of publishers and CMOs. 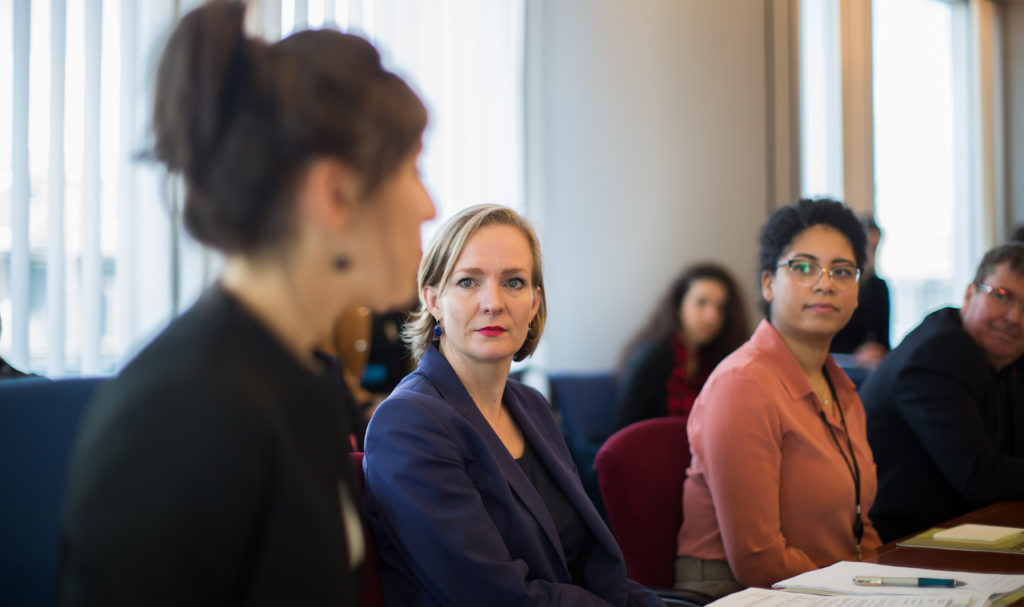 The COMMUNIA salon in the Museum of Natural Sciences brought together more than 70 activists, academics and policy makers to discuss challenges on the intersection of creativity, value creation and copyright in the online environment. Under the title “Copyright for the future” the discussions attempted to draw up a perspective that looks beyond the current legislative proposal.

The Salon kicked off with a discussion on the future of creativity in the online environment. After an introduction by Paul Keller, João Pedro Quintais from the Institute for information Law in Amsterdam, presented his research on alternative compensation models for creators that do not rely on limiting user rights. His presentation was followed by Fátima São Simão from Creative Commons Portugal, who discussed her research about businesses that rely on open business models. In the final presentation Mozilla’s Raegan MacDonald stressed the important role that open online platforms play in enabling and sustaining creativity and urged the audience to stay vigilant in defending against any measures that would further entrench the position of already dominant platforms. 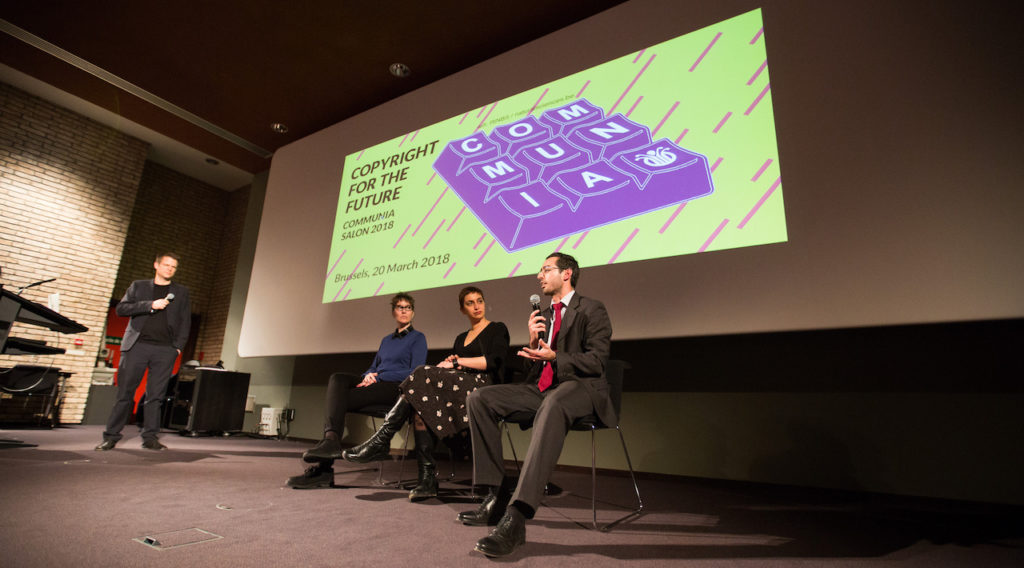 The second part of the focus on exploring expanded the horizon further into the future. Under the title “Copyright Directive 2030: what kind of internet will we have in Europe if the current Directive passes?” Alek Tarkowski, Anna Mazgal (Wikimedia Deutschland), Stef van Gompel (Institute for information Law, Amsterdam), Marcin Talarek (IRL, Warsaw), Krzysztof Siewicz (Modern Poland Foundation, Warsaw) and Ásta Helgadóttir (SPARC Europe) exchanged views on how the measures included in the proposed DSM directive will shape the future of culture in Europe. The discussion touched on a wide range of points but concluded that it was both undesirable and naive to think that copyright legislation shape our cultural practices. In drafting a copyright law that will stand the test of the future we need to embrace technological change instead of insulating existing business models against it. Copyright will continue to be the fundament for business models in the creative sector but it must not be prescriptive with regards to how culture is created, shared and consumed.

After the COMMUNIA salon our friends from Create.Refresh presented the voices of a number of European Creators who are opposing the upload filtering measures contained in article 13 of the proposed directive. Many of the speakers pointed out that open platforms have been important in their careers since they enabled them to find audiences, collaborate with others and get inspired. They called for a stop on the attempts to shutter open platforms in the name of protecting creativity. To call attention to the protest against article 13 the evening was concluded with a massive interactive projection on facade of the Museum of Natural Sciences by French artists Makio&Floz with music composed by François 1er. 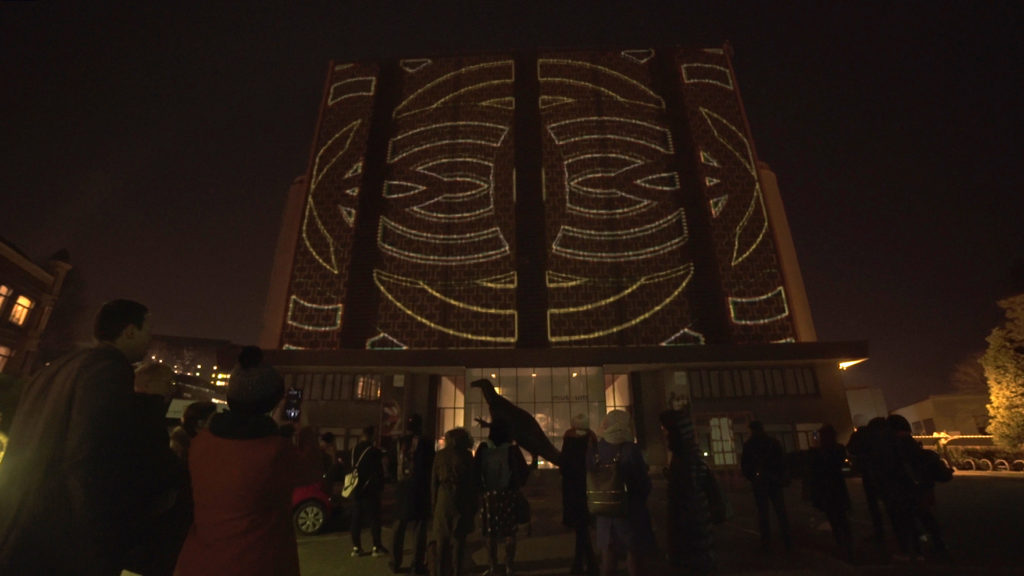 Projection by Makio&Floz on the facade of the Museum, photo by Create.Refresh (CC-BY-NC)

Another event that took place during the action days was a breakfast focussed on “the Humans of Copyright” organized by Copyright 4 Creativity. The breakfast highlighted  the impact that the proposed restrictive measures will have on a wide variety of users. The event highlighted the limits that upload filters and linking restrictions will place on software developers, educators and human rights defenders and how restrictive rules for text and data mining will hinder European startups and journalist. This message is also at the core of the Vox scientia campaign that was launched at the occasion of the breakfast.