The text was written by Katarzyna Strycharz.

Since the beginning of the year there’s been a lot of discussion (and confusion too) about whether the Diary of Anne Frank is now in public domain. Under the normal rules regarding the duration of copyright protection, the work should have entered into the public domain on 1 January 2016. However, there were several unusual circumstances that brought this into question. First, the Anne Frank Foundation announced their plans to list Otto (Anne Frank’s father) as a co-author, which would extend the protection period of the published diary until 2050. Next, due to a transitional rule in Dutch law it became clear that Anne Frank’s original writings would not enter the public domain in 2016 in the Netherlands (and many other EU countries with similar rules). Finally, in early February the Wikimedia Foundation (the organization that hosts Wikipedia and related projects) decided to remove the Dutch-language text of the diary from Wikisource.

On Tuesday 26 April, World Intellectual Property Day, the original, Dutch-language version of ‘The Diary of Anne Frank” will be published online at annefrank.centrumcyfrowe.pl. With this publication of the original version of the diary we seek to highlight the absurdly long duration of copyright in the EU, as well as the fact that, contrary to general assumptions, the duration of copyright is still not unified across the EU and the troubling fact of geo-blocking which creates boundaries online.

On the Anne Frank Foundation website we can read that “Anne Frank’s original writings, as well as the original in-print versions will remain protected for many decades”. So, when does the copyright of the diary expire? It seems that the answer varies from country to country, and we’ll try to investigate whether there is somewhere in the EU where the writings of Anne Frank are now in the public domain.

Transitional provisions in the Dutch law

To fully understand the issue at hand, we observe that there are actually three versions of Anne Frank’s diary writings. Two versions of her manuscripts (version A and B) were combined into the book (version C). This book is commonly known as the the Diary of Anne Frank, and was published in 1947.

As we have previously discussed, version C was compiled by Otto Frank and thus is still protected by copyright 70 years from the time of his death in 1980. But in the case of manuscripts (version A and B) there is no doubt that Anne Frank was the sole author. As we can read  in the statement of the Anne Frank Stichting (who runs the Achterhuis in Amsterdam)“Otto Frank is not the co-author of the original diary writings of Anne Frank”. The same is confirmed by the Anne Frank Foundation (who own the copyrights in Anne’s work), which claims that “copyrights to Anne Frank’s original texts originally belonged to the author, Anne Frank herself”.

Page from ‘De Dagboeken van Anne Frank”, published by the Dutch Institute for War, Holocaust and Genocide Studies (2001 edition), showing the three versions (from top to bottom A, B and C) of the 9 november 1942 entry in Anne Frank’s diary.

In the Netherlands copyright lasts for 70 years after the death of the author. And even though Anne Frank was killed in 1945, this doesn’t mean that the A and B versions of her diary are in the public domain under Dutch law. This is because the full manuscripts were first published in 1986, and the rule at that time said that works which were first published posthumously are protected for 50 years after the initial publication.

The 2013 Dutch copyright act implementing the 1991 term directive contained transitional provisions stipulating that rights which existed under the previous law continue to exist. This means that versions A and B of the Frank diary will remain under copyright in the Netherlands until 1 January 2037 (50 years after the 1986 publication).

What about other countries?

The websites of both the Anne Frank Stichting and the Anne Frank Foundation say that the expiration of the copyright on Anne Frank’s diary differs from country to country, depending on each country’s copyright laws.

In theory, the copyright duration has been harmonised by the Copyright Term Directive to 70 years after the death of the last surviving author. In practice, each country has its own rules. Two main factors have contributed to this situation: the divergence of legislation between member states and a large number of national exception clauses which extend beyond the general term prescribed in the Directive. Thus it is really surprising that the EU considers this subject as unified.

In countries like France or the UK, where there are similar rules for posthumously published works apply, the Diary of Anne Frank remains protected for many years more. In Spain, where the term of protection was longer (for some period) than prescribed in the Term Directive, the protection of Anne Frank’s works will be extended by 10 years. In the United States, the diary will be under copyright protection until 2042.

Is there a place, where the diary is in the public domain? 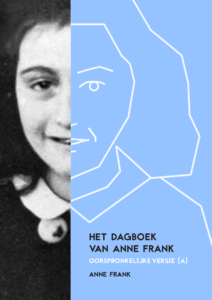 Fortunately, in Poland a special provision for extended protection for works published posthumously was removed in 1952.
Moreover, in 1952 the term of protection was reduced to 20 years after the death of the author. But in 2000—due to implementation of the Copyright Term Directive into the Polish law—copyright in the diary was reinstated. Since the general rule of the author’s lifetime plus 70 years should apply here, we believe that Anne Frank’s original writings (version A and B) are in the public domain in Poland since 1 January 2016. However, publishing those writings online may be illegal if the publisher can’t prevent cross-border access from countries where protection has not expired.

The Diary of Anne Frank is an excellent example why Europe needs a modern and progressive copyright framework. Currently, the rules for establishing the duration of the term of protection are so complex that we need the support of legal experts from different European countries just to determine whether an individual work is still protected by copyright or neighboring rights. In particular, the lack of effective harmonisation of the duration of copyright across the EU hampers efforts of organisations and entrepreneurs, who want to offer online products and services. Only an intervention at the European level can be remedy this situation. As we have repeatedly argued, the term of copyright protection should be reduced and fully harmonized and unified throughout the EU. If we want to fully unlock the potential of our rich cultural heritage we need clear rules that allow anyone to determine whether a work is still protected by copyright. This also includes making it clear that digitization of public domain works does not create new rights.

Graphic design of the project: Vivid studio, all works are available under Creative Commons CC0 1.0 Universal
The photo (of unknown author) from public domain was used.